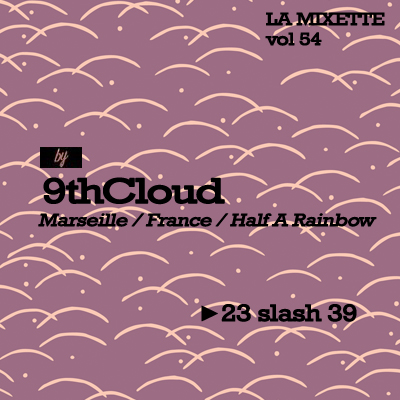 9th cloud is an occasional but noticed producer, thanks to his two first albums, released some years ago.

Since 2006, he has been taking part in several duet projects, the most expected being Half a Rainbow, in collaboration with another producer of Marseilles : vompleud.

Teased by the lately Instrumental Hip Hop revival (Flying Lotus, Nosaj Thing, Hudson Mohawke …. and in France, Fulgeance, Onra, Miqi O., Débruit….), 9th cloud gives us his personnal views on the subject with « Round and Shiny Times » and the EPs to come in 2011, recent productions after 4 years of silence that he likes to label Abstract Beats/Electronica.

Really happy to guest this dude, makin music and beats since a long time, from Dj Cam or Shadow golden years.